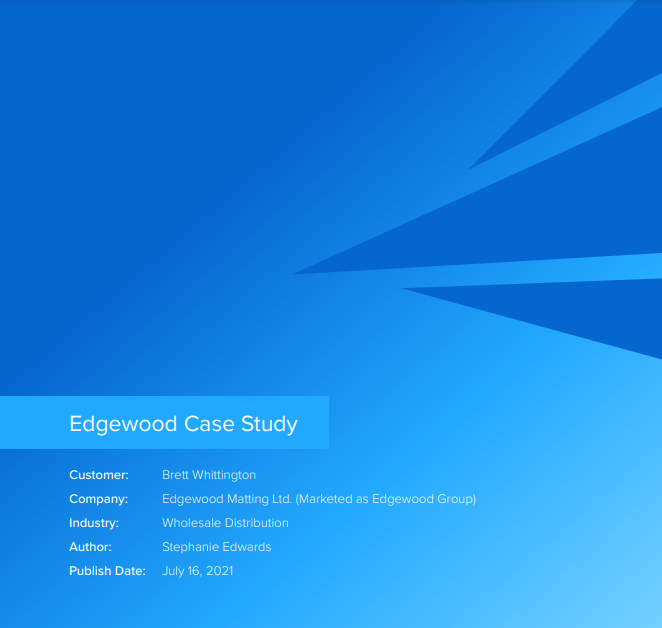 Edgewood Group is the largest stocking wholesale distributor of floor
matting products in Canada. The company was founded in 1979 in
Edmonton, Alberta and now has two additional warehouses in Toronto,
Ontario, and Vancouver, British Columbia. Edgewood Group provides
products and services to dealers anywhere in Canada and prides itself
on being able to customize its products according to dealer needs.
Edgewood also has a sister company within their headquarters. This
sister company, Hydrosion Design, allows them to customize products
to a customer’s exact needs, which is one of the company’s strengths.

Edgewood started working with SIRKit in 2020. They choose SIRKit to
solve their IT challenges, including downtime and a disorganized server
room. SIRKit completed a comprehensive assessment that identified
several concerns with the company’s IT systems and cybersecurity.

To remain competitive and fulfill day-to-day operations, Edgewood
heavily relies on technology being online and responsive. Their IT
infrastructure and systems are critical, as they keep the business up
and running. Delays make a measurable impact on the bottom line.
Edgewood is a successful company that grew organically. As the
business grew, they opened new locations and found creative ways
to support their operational requirements. This led to workarounds
that technically worked, though not efficiently or securely.
While Edgewood had an in-house IT professional, the company’s
growth required advanced IT expertise. They needed professionals that
could offer reliable, dependable systems with little to no downtime